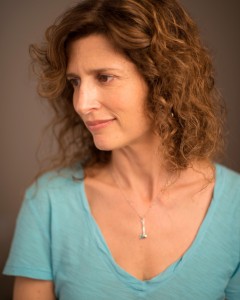 Paula Whyman’s new book, Mad Land: Rediscovering the Wild, One Field at a Time, is forthcoming from Timber Press/Hachette Book Group. It’s a combination memoir, natural and social history, and conservation science, a chronicle of her attempts to restore retired farmland to natural habitat. Her first book, the linked short story collection You May See a Stranger, won praise from The New Yorker and a starred review in Publishers Weekly, and won the Towson Prize for Literature. Her stories have appeared in journals including McSweeney’s Quarterly, Virginia Quarterly Review, Ploughshares, The Hudson Review, and The Southampton Review. Her fiction was selected for the anthology Writes of Passage: Coming-of-Age Stories and Memoirs from The Hudson Review. Her nonfiction has been featured on NPR, in the Washington Post, and in The Rumpus. She is co-founder and editor in chief of the literary journal Scoundrel Time.

Whyman has taught in writers-in-schools programs through the Pen/Faulkner Foundation in Washington, DC, and the Hudson Review in Harlem and the Bronx, New York. Her fiction is part of the curriculum at The Young Women’s Leadership School in Harlem.

Whyman’s work has been supported by fellowships from MacDowell, Yaddo, The Studios of Key West, and VCCA. She was a Tennessee Williams Scholar in Fiction at the Sewanee Writers Conference. She is serving a second term as Vice President of the MacDowell Fellows Executive Committee.

Whyman is the recipient of grants from the Maryland State Arts Council (MSAC) and the Arts and Humanities Council of Montgomery County. She was recently awarded a 2022 MSAC Creativity Grant to support her work on Mad Land.